I’ve been writing recently about our wonderful honeymoon to the West Coast of America. We started off in Las Vegas, before hitting up Hawaii and Anaheim for some Disney fun.

We spent a couple of days in Anaheim as I wanted to be within walking distance to Disneyland. We’ve been to three different Disney parks and I know exactly how full on Disney days can be. Trust me, the last thing you need after prancing around after Mickey all day is a long old journey back to the hotel. You just need to get in and flop. Plus I’m pushing thirty these days and I need my bed!

So once we had exhausted Disney, we travelled to Long Beach. This was our base for the rest of our time in Los Angeles. I chose Long Beach so we could get away from the hubble and enjoy our honeymoon together. It worked out perfectly, Long Beach has a lot to offer, without the crowds and expense. They have a beautiful Marina with a few shops and restaurants. It’s perfect for an evening stroll. 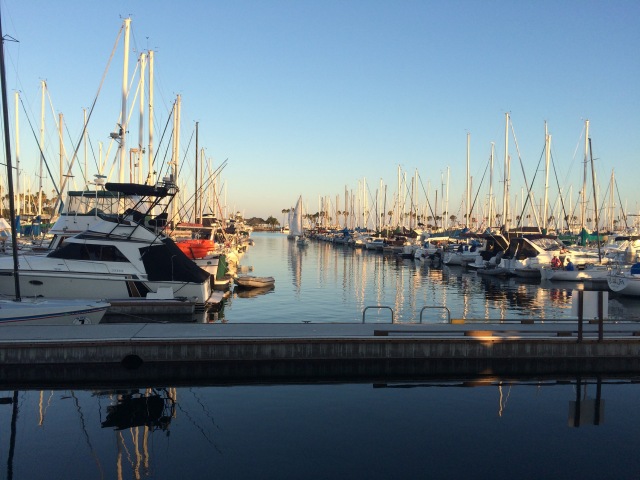 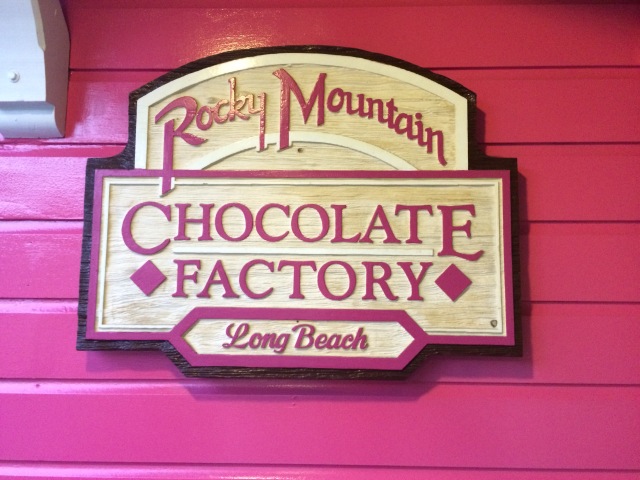 Not to mention the little chocolate factory where you can buy chocolate covered brownies. Totes delish!

We had a few things planned for our time in Los Angeles and were lucky enough to be gifted a Warner Brothers Studio Tour. Whilst it only took a couple of hours to look around everything, our guide was very knowledgable and we had a lot of fun. 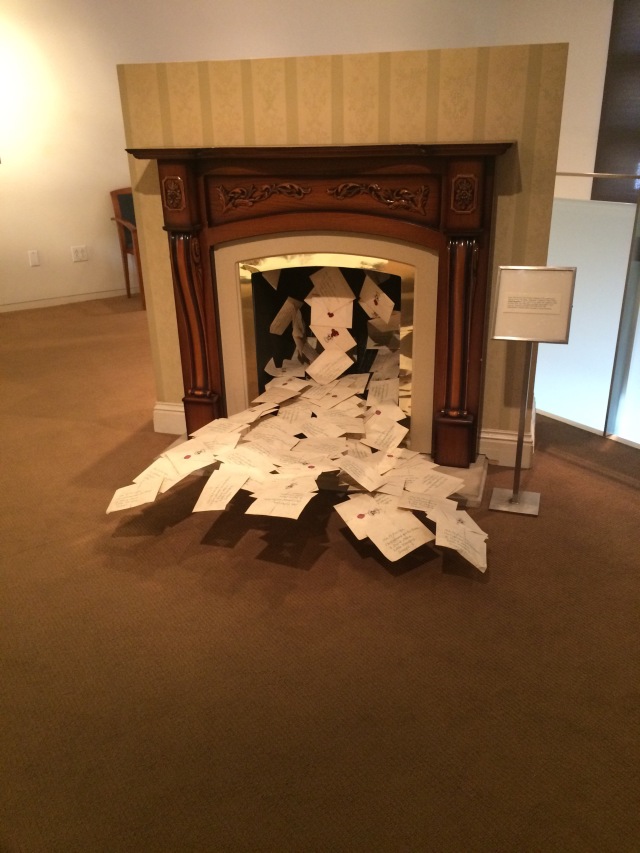 The Harry Potter museum aspect of the tour is a cute addition and a gentle nod to the mammoth Harry Potter tour that we have in Leavesden. Naturally, I was sorted into Gryffindor and Phil into Slytherin. This amused me way more than it should have. 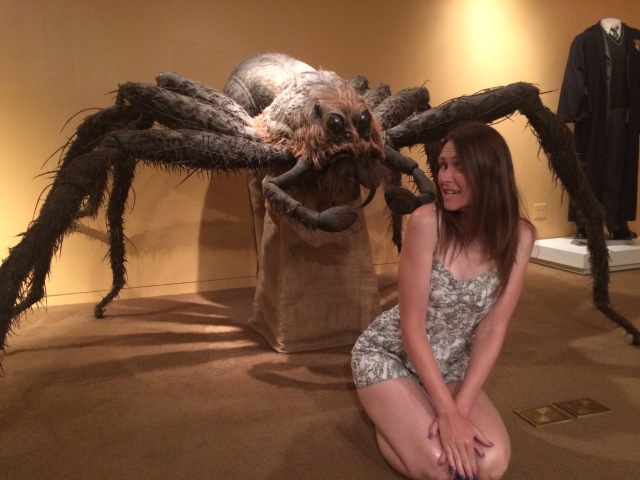 Phil was pretty excited to hit up the Batman exhibition and we learnt lots of facts about the vehicles used in the movies. It was pretty cool! 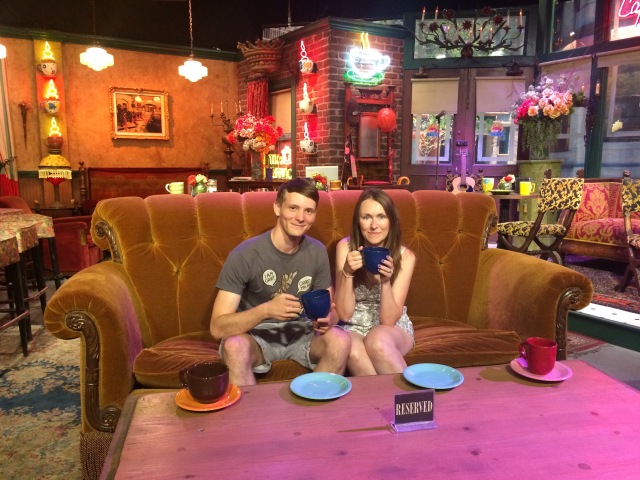 I was super psyched to investigate the set of Friends and sit on the couch in Central Perk. I’ve always adored Friends and enjoyed channelling my inner Rachel having a coffee break!

They have a few green screen areas where you can pretend that you are in the movie. Here’s Phil starring in Gravity!

Another highlight was being able to hold an actual Oscar! They are quite weighty and pretty awesome.

As we were quite close to the Griffith Observatory, we decided to visit after our tour.

It’s such a special place with incredible views. We had a great time in the planetarium, although the person next to Phil fell asleep early on, so the soundtrack had a gentle simmer of snoring to it! 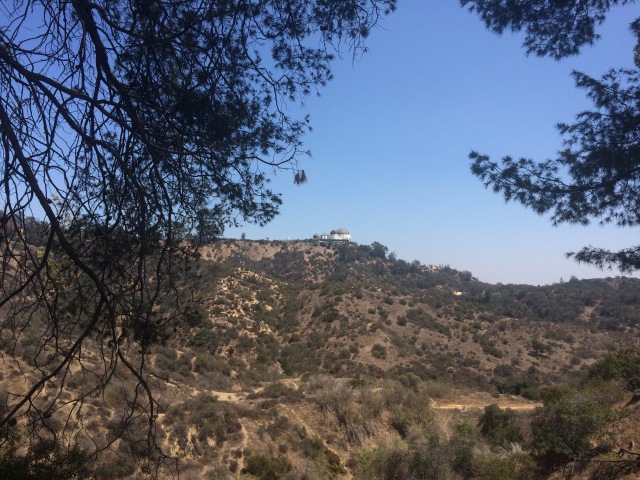 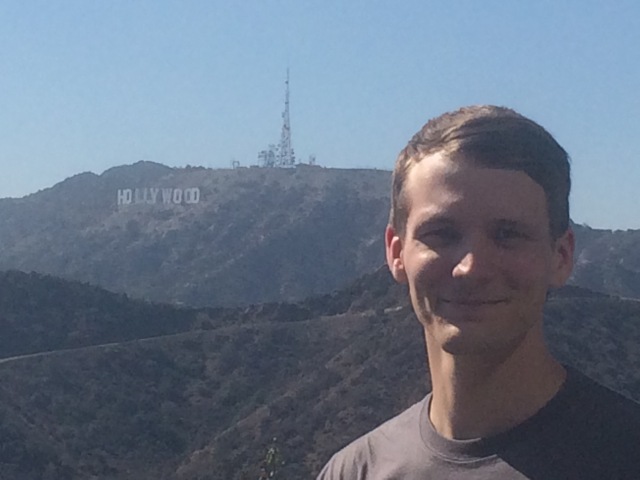 We also decided to hit up Universal Studios whilst we were in town. I was really looking forward to the studio tour and Jurassic Park ride and I can honestly say that they didn’t disappoint. The tour was absolutely brilliant, we got to see so many amazing sets (including Wisteria Lane!!!) and there are a couple of 3D experiences thrown in which were pretty rad. My advice would be to go on the Jurassic Park ride early on so that you have time to dry off. You will get wet. Very wet. 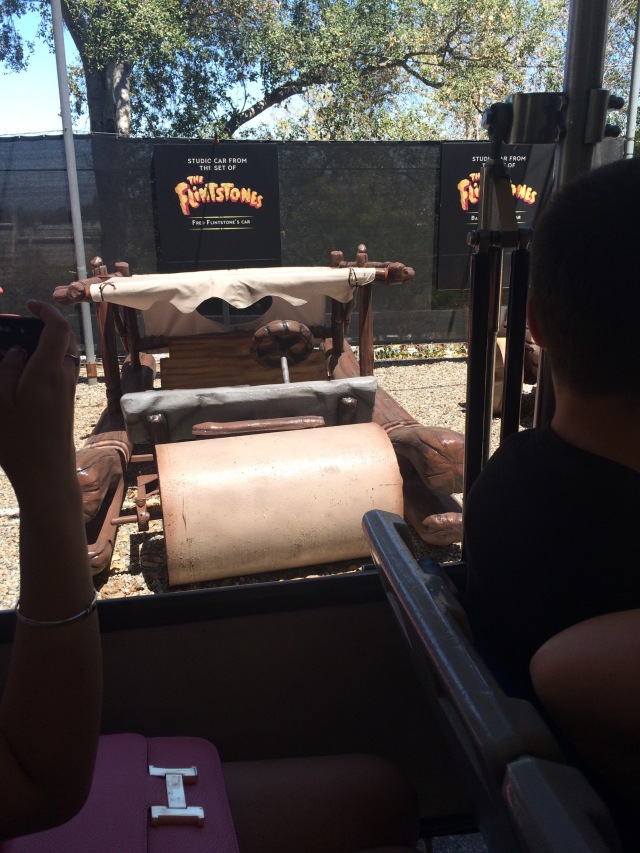 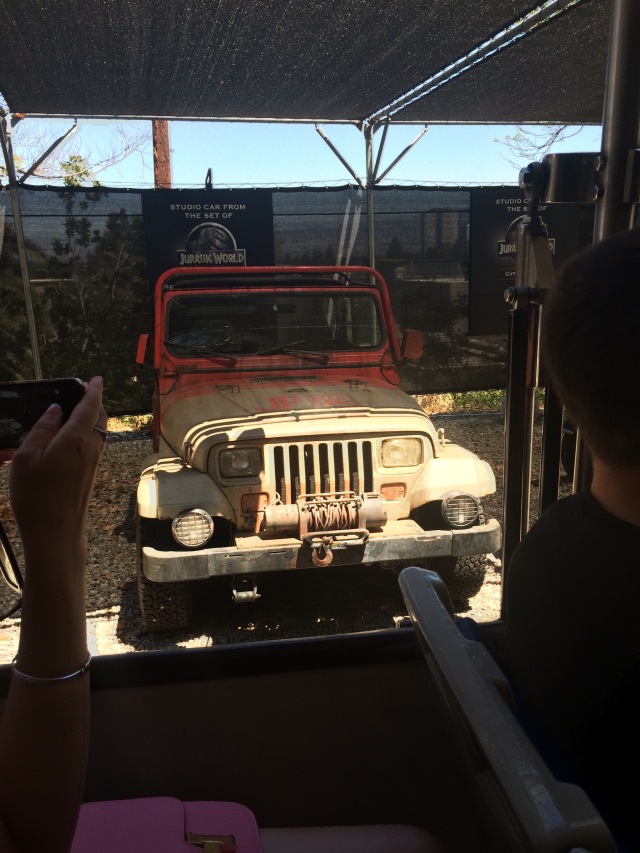 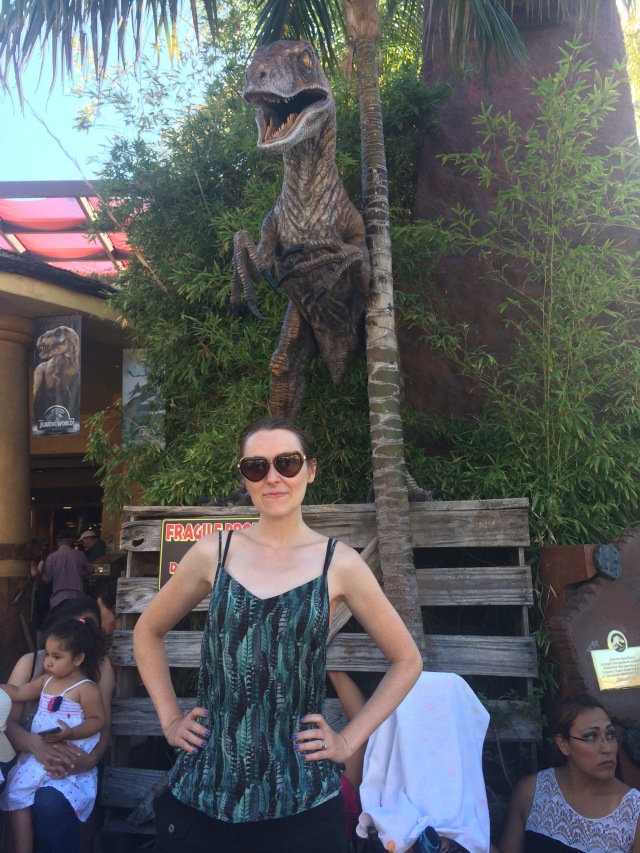 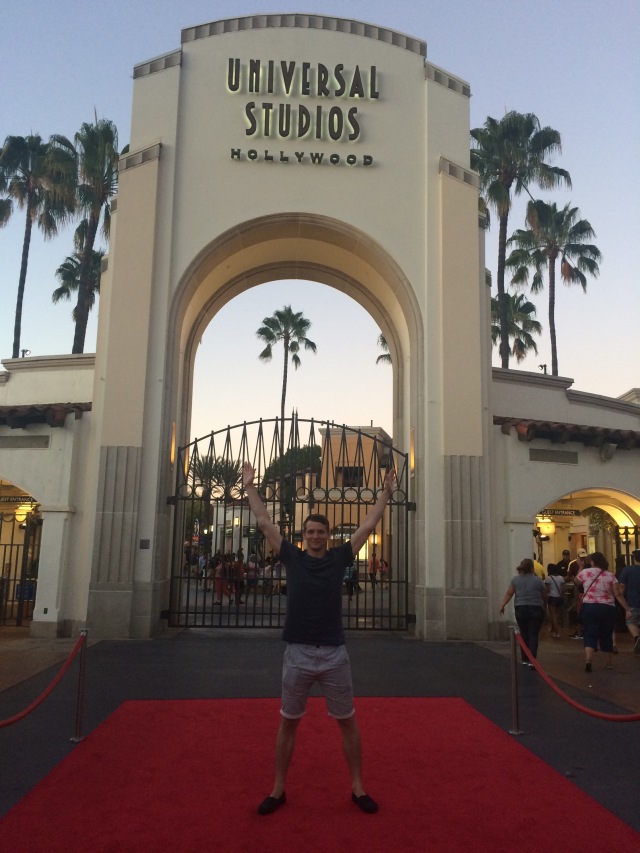 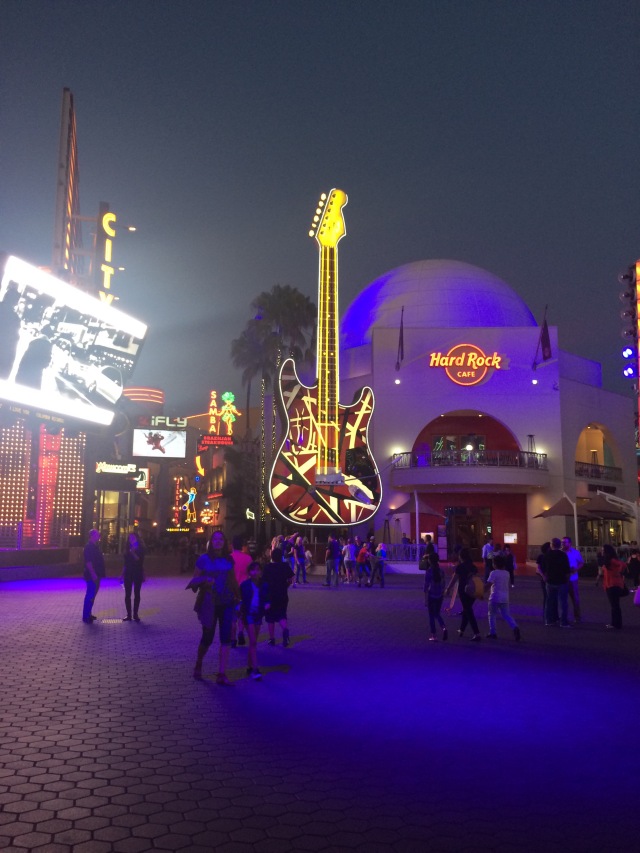 Whilst we had a fun day at Universal, I can’t help but feel that the Hollywood park is not quite up to scratch with the Florida park. We actually had tickets for two days but felt that we had seen enough after one. They currently only have eight rides although they are adding a Harry Potter part that will open soon.

On our last full day in Long Beach we just soaked in it’s beauty. The marina, beach and southern Californian lifestyle. We ate lunch at an AMAZING Asian fusion restaurant. Honestly it was so could that I think I could eat all of my meals there for eternity. It’s called Wokano. Check it out!

We also borrowed bicycles and cycled along the beach. It was my favourite bike ride of all time and I adored the carelessness and freedom that came with that vintage bicycle. We rode for miles, stopping for ice cream and a paddle. It was heavenly. 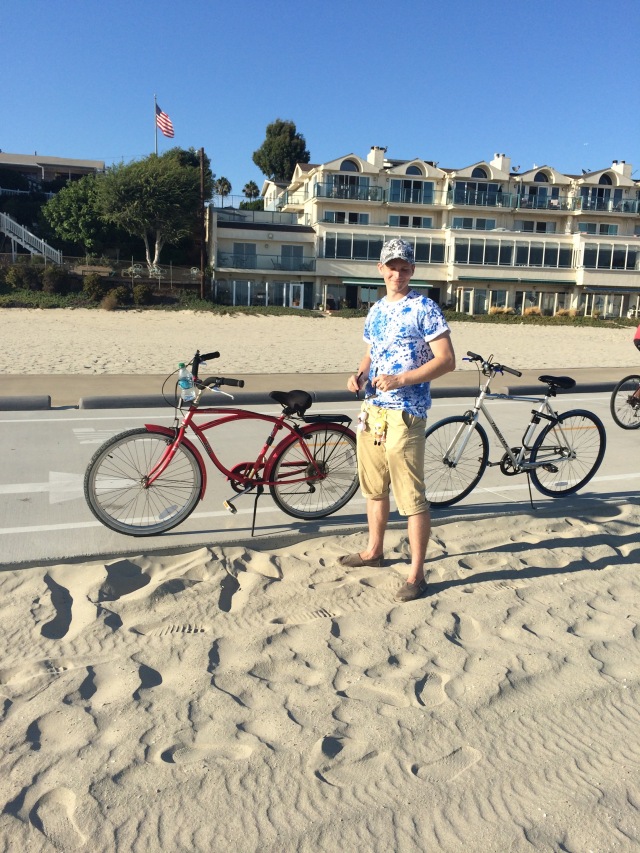 So there you have it. The moment I fell in love with Los Angeles. I would live our time in LA over and over again because they were so special, loving and ultimately magical.