We were so lucky with the weather during our time in Barcelona. Travelling in Europe during January is always a risk in terms of weather but we lucked out and had sunshine with blue skies everyday during our time in Barcelona. Having good weather meant that we could make the most of being outside and were able to walk everywhere without resembling a soggy raccoon upon reaching our destination. 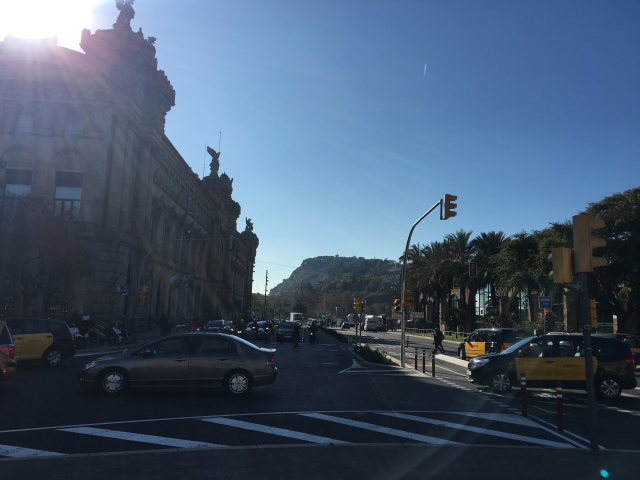 With the sunshine smothering us, we decided to walk to the beach from our hotel near Eixample. I’m at my happiest at the beach and I just feel so grounded and chilled out whenever I’m near the sea.

We meandered down to the marina which was such a lovely surprise. I didn’t realise that the marina would be so lovely, laced with palm trees and pretty views. There is also a shopping centre which is open 365 days a year and is home to a variety of shops and some great restaurants too.

I wasn’t expecting a particularly special beach in Barcelona. I’d been told that it wasn’t that great, so I was thrilled when we arrived at the beach and were greeted with golden sand and clear blue sea. In all honesty, the beach was much more desirable than many of the beaches here in the U.K., so I’m so glad that we weren’t put off and still popped along for some salty air and a stroll along the sea front.

I love gazing out at the ocean and seeing absolutely nothing connected to human life. Just the waves meeting the Earth, the ocean filled with life and the sky above. It makes me feel so chilled out and grounded. Exactly what you need on a birthday! 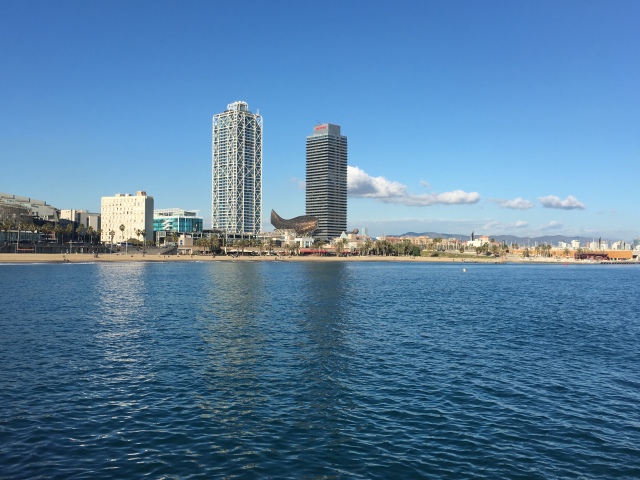 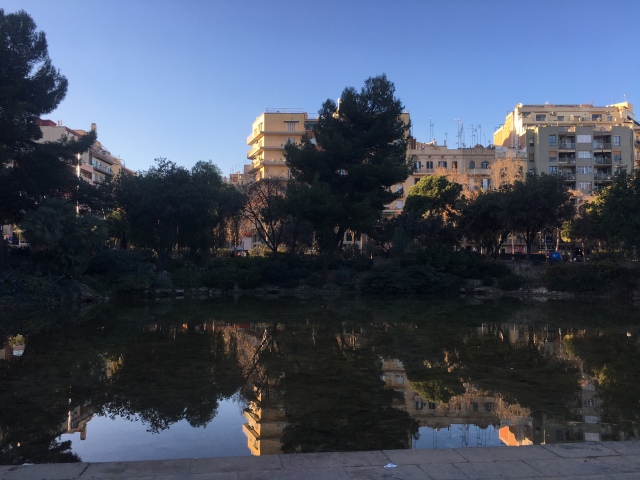 After we had embraced beach life, we decided to head on over to a cafe for coffee and cake. Unfortunately my Spanish is not so great and we actually found ourselves in a gluten free cafe where I had the weirdest crepe I’ve ever seen. It looked like a prawn cracker and had a spongy consistency. Anyway, I’ve decided I need to work on my Spanish before our next trip! 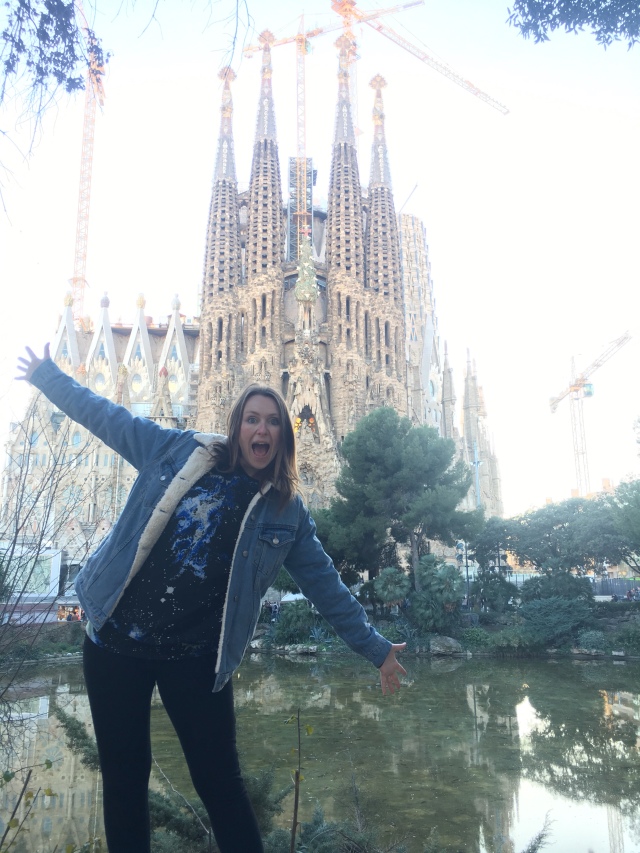 Following on from our gluten free cafe experience, we walked over to La Sagrada Familia because have you even been to Barcelona if you haven’t gawped at Gaudi’s masterpiece in the flesh?!

What a beauty! Such sumptuous architecture bathed In Mediterranean sunshine. Phil said that it was the most beautiful building he has ever seen and I am inclined to agree (although Italy has some real treasures).

We then walked back over to Eixample where we stumbled upon a traditional Spanish restaurant and had a glass of Sangria with our seafood paella. Not going to lie, the paella was a bit too fishy for my liking, but I was instantly hooked on the Sangria. It was divine!

Have you visited La Sagrada Familia?